Mary was washing her clothes one sunny afternoon. She was cheerfully humming to herself, and had just begun to hang her clothes up to dry in the garden, when suddenly an angel appeared.”Oh!” She gasped in fright, dropping several newly washed garments onto the dirty floor.
“Don’t be afraid Mary,” the angel said to her, “I bring you good news!”

“Ok…” Mary replied hesitantly, still feeling a little nervous and shielding her eyes with her hand because the angel was quite bright and shiny. “What is it then?”

“You will have a baby,” the angel replied brightly.

“Oh, I can’t be pregnant…” Mary told him, a little embarrassed, “I’m not married, and I’ve never… you know… with a man…”

The angel interrupted her. “But God will be the father of this baby. You will call him Jesus, which means saviour, because he will save all of God’s people.”

Mary took a while to think about this and asked him, “But how can God be the baby’s father?”

“You will become pregnant by the Holy Spirit.” replied the angel in his booming voice. “You know, nothing is impossible for God.”

Mary was still confused about the angel’s news, but decided to accept it. “Ok, God’s will be done,” she said bravely, her brain still trying to work out if she was dreaming or not.

The angel wished her goodbye and left her alone in the garden once more. She hurried to rewash the clothes she had dropped on the ground.

She wondered what Joseph, her fiancé would think of the news.

“Surely he won’t believe my story.” She thought sadly.
Luckily for Mary, another angel went to visit Joseph a few days later, to tell him that Mary was to give birth to God’s son. Joseph was a carpenter and was busy at work when the angel visited him.

“But how is that possible?” Joseph asked the angel in disbelief after hearing the story, dropping the hammer he had been using. It landed with a loud crash on the floor of his workshop, narrowly missing his foot.

“Nothing is impossible for God!” The angel told him eagerly, and repeated the news that Mary would become pregnant by the Holy Spirit. He told Joseph that he should marry her as planned and that they should raise the baby together.

Joseph sighed, nervous about what their neighbors and families would think about all of this. But he bravely agreed and did as the angel had asked him.
Joseph married Mary and the months went by slowly. But shortly before Mary was due to have the baby, Joseph heard some alarming news in the village.

“All citizens must register their families in this year’s official census, by order of the King,” the messenger proclaimed in a loud voice in the village market.

Joseph rushed home to pack. His ancestors were from a town called Bethlehem, far away from their own. He and the rest of his family had to travel to that town to register, even though they no longer lived there. He hurriedly told Mary the news.

“We need to go to Bethlehem for the census.” he told her. Then, seeing her worried expression he added, “Perhaps if we leave now, we can get there and back before the baby arrives.”

“But I’m sure the baby will come soon!” Mary wailed. “And I can’t travel all that way. Walking just from one side of the house to the other makes me tired now the baby is this big and heavy in my womb!”

“I know, I know,” said Joseph reassuringly. “But we have no choice, we must go there, it’s the law.” He looked utterly miserable, knowing the difficulties facing them, but not wanting to be punished for disobeying the law of the land.
So, rather reluctantly, the pair of them set out on their journey. They walked for several days, stopping to rest frequently, as Mary found traveling so tiring and painful. After what seemed to them like a very long time, they finally arrived at the town.

Feeling tired and worn out, they looked for a place to stay. Much to their dismay, every guest house was full with people who had also travelled for the census. The owner of each one turned them away apologetically. Finally, one innkeeper was able to offer them somewhere to stay.

“All of my rooms are full,” he told them sadly. “But you can stay in my stable. It’s warm and comfortable and…”

“With the animals?!” interrupted Mary in horror. She didn’t want to hurt the innkeeper’s feelings, but still didn’t really like the idea of sleeping in such a smelly, dirty place.

“I’m sorry,” the man told her. “But, like I told you, all of my rooms are full. The night is cold, and I think it will be better for you to sleep there, than to stay outside.”

Mary and Joseph agreed to his offer, feeling too worn out to look for anywhere else. They wearily followed the innkeeper to the stable, thanked him and lay down to rest, feeling exhausted after their long journey and tiresome day looking for a room.
However, during the night, Mary woke up in pain as her contractions started.

“Joseph, I think the baby’s coming!” She told him fearfully. “I don’t want the baby to be born here, this isn’t a nice place for the son of God to be born!”

“It’ll be alright.” He told her soothingly. “At least the baby will be safe and warm here.”

He paused to think for a while before adding, “Maybe God even chose this place for his son to be born.”

“I don’t see why,” she squealed. “But it’s too late to go anywhere else now!”

After several hours, the baby was born. They named him Jesus, like the angel had told them, wrapped him in cloth and put him in the animal’s manger to sleep.

“It looks like a comfortable bed for a baby,” said Joseph, gazing lovingly at Jesus. “I hope the animals don’t mind him sleeping here,” he added, glancing at them nervously.

To his relief, the animals merely glanced at the new arrival, before continuing to chew hay from the floor as if nothing had happened.

“They don’t know, what we know,” said Mary, beaming with joy and wonder at her husband and son. “That this is the son of God. Oh, what a special baby this is!”

“And God chose us to take care of him.” Joseph added, smiling back at his wife, forgetting their troubles and worries for the moment, feeling elated at the safe arrival of the baby Jesus.

(A Bible Story, retold by Cassie) 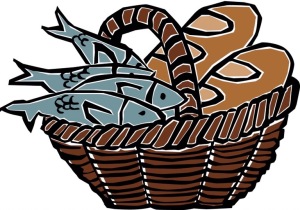 Jesus awoke early one morning to a loud knock on his bedroom door.

He had been in the middle of a lovely dream, about the time when he had turned water into wine and was chuckling at the memory of all the surprised faces. Jesus’ friends, Peter and John, eagerly burst through the door, before he had a chance to say anything else.

“Jesus, Jesus!” They called to him excitedly. “There’s a large group of people outside, they want you to…”

“I’m not turning water into wine again,” he interrupted them before they could finish speaking.

“Oh no! It isn’t that.” the two friends laughed. “They want you to tell them all about God again.”

“Well…” Jesus replied, a little hesitantly, feeling it was still rather early in the day to be entertaining large crowds, but he agreed nonetheless. “I suppose so.”

He got up, quickly got dressed, put on his shoes and followed his two friends out of the house.

Sure enough, a large crowd was waiting for him eagerly. So many people had gathered outside his front door, that they were blocking the narrow street. The group cheered as he came out to meet them. Jesus smiled warmly and greeted them in return.

“It’s rather too crowded here”. he told them. “Let’s go over there, where we’ll have more room to sit down and relax,” he pointed to a grove of trees on a small hill nearby.
The crowd agreed and followed Jesus to the place he had indicated. It took a few minutes to walk there and many other people of all ages joined them on the way, so that by the time they arrived at the hill, the group had grown by several hundred.

The people found places to sit under some trees, to shade them from the hot sun. Jesus sat on a rock, where they would all be able to see him, and began to talk about God. He told them how God loves men, women and children, whether old or young, tall, short, fat, thin, black, white, yellow or brown, just the same. The people enjoyed listening to what he had to say and asked many questions.

More people came to join the group while he was talking, so the crowd had soon grown to several thousand people. The day went by pleasantly as Jesus spoke, but the people began to feel hungry around lunchtime. Some of the listeners began to stand up and leave, to go home for lunch, when Jesus’ friends Peter and John called to them.

“But we didn’t bring any food with us.” The crowd responded, their stomachs rumbling audibly.

“That’s ok,” Peter told them, smiling. “Jesus will feed us.”

Jesus looked up at the sky, as if asking God what to do. After a slight pause he responded. “Ok then, who did bring food with them today?” he asked the crowd gathered there.

Everyone shook their heads sadly. Then one small boy put up his hand and replied a little timidly, “My mum gave me some bread and fish for my lunch.” He showed them the bread and fish in his basket. “I’ll share it with you if you like, but I don’t think it’s enough for everyone.” He glanced around at the thousands of hungry faces and giggled shyly.

“Oh, don’t worry about that.” said Jesus reassuringly. “That will be enough for all of us.”

The crowd began to laugh in disbelief and tried to calculate what tiny crumbs they would all get when Jesus had divided the small loaves of bread and little fish into five thousand pieces.

Jesus ignored the noise and prayed for God to bless the food. He then divided up the bread and fish and sent Peter, John and his other best friends to serve all of the people. Everyone ate until they felt full and even gave back the food they could not finish, which filled a large number of baskets.

“Wow!” Exclaimed the little boy who had shared his food. “My bread and fish must have grown a lot, look how much is left over for later!”

He and the others in the crowd knew they must have seen a miracle that day, because food doesn’t usually multiply like that. As evening came, the crowd began to drift back to their houses for a rest. Jesus was soon left alone with his twelve best friends, who also decided it was time to go home.